Latest news about the Impact of Coronavirus on Businesses in Brazil – May, 2020

By majority of the court, the following articles of the Provisional Measure (PM) 927, which enacted labor measures to deal with the state of public calamity, were suspended:

(i) Article 29, which was setting forth that the contamination of workers by the Covid-19 is not considered an occupational disease; and

(ii) Article 31, which was limiting for a period of 180 days the activities of the labor tax auditors to guidance activities.

The Federal Supreme Court returned to analyze on April 17, 2020, the Direct Unconstitutionality Action (ADIN) 6363 proposal against Provisional Measure (PM) 936, which allowed employers to proportionally reduce employees’ working hours and wages and to suspend temporarily employment contract with a sole individual agreement between the employer and the employee (i.e. without the previous authorization of the labor union).

After the vote of judge Ricardo Lewandowski, judge Alexandre de Moraes diverged in the sense of considering the rule fully valid and allowing the revocation of the preliminary injunction that was limiting its application. The majority of the court followed the vote of judge Alexandre de Moraes. Based on such decision, the provisions of the PM can be applied and are valid immediately. We will provide update on this matter as the trial progresses.

Thus, companies opting for the simplified regime may postpone the entire amount of taxes due, including federal, state and municipal taxes. The postponement of payment of the federal taxes was previously announced.

The tax installment payments that are due for the months of April, May and June 2020 may be paid in July, August and September 2020, respectively.

The Provisional Measure 932, which was published on March 31, 2020, has exceptionally reduced until June 30, 2020, the applicable rates of the following payroll contributions (referred as the S System, which is a joint system of social contributions due by employer in order to finance social services in Brazil):

The applicable rates of the payroll contribution to Sebrae were not affected by the measure.

CORPORATE LAW AND OTHER LEGAL MEASURES

The Provisional Measure (PM) 959 published on April 29, 2020, has extended until May 3, 2021 the entry into force of the provisions of the General Data Protection Law (LGPD) that was supposed to enter into force on August of this year. It should be noted that the PM will lose its effect if it is note converted into law within a 120-day period.

Brazil limits the entry of foreigners in the country

The Interministerial Ordinance 203 published on April 28, 2020, has extended for an additional period of 30 days, the entry of foreigners in the country by airplanes regardless of their nationality. Such measure has been recommended by the National Health Surveillance Agency.

The entry restriction does not apply to:

I – Brazilian born or naturalized;

II – immigrant with permanent residence, for a fixed or indefinite period;

III – foreign professional on mission in the service of an international organization, if duly identified;

VII – passenger in international transit, if he/she does not leave the international area of ​​the airport and the country of destination admits his/her ticket; and

VIII – technical airplane landing to refuel, when there is no need to disembark passengers of restricted nationalities.

Failure to comply with the measures provided for in said Ordinance will make the offending person subject to:

I – civil, administrative and criminal penalties;

II – immediate repatriation or deportation; and

Exceptionally, foreigners who are in one country bordering Brazil and need to enter Brazil to flight back to its country of residency will be authorized to enter the country with formal authorization of the Federal Police. In this case, the foreigner must go directly to the airport and present to the authorities an official demand from the embassy or consulate of the country of residence and the corresponding air tickets.

FCR Law Corporate, Labor and Tax teams have extensive experience to assist companies with the matters included in this alert.

We are fully available to review, together with you, the possible measures that could immediately be implemented to reduce or mitigate the negative effects caused by the coronavirus.

For any additional information, please do not hesitate to contact us. 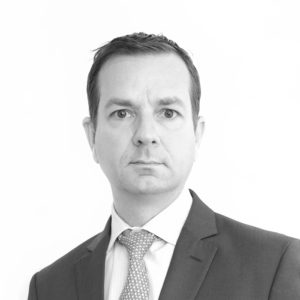